River blindness is a parasitic infection spread by flies that live near fast-flowing rivers. It causes severe skin irritation, itching, pain, and eventually irreversible blindness. It also forces people to move away from fertile river valleys where the disease is prevalent. As a result, they can struggle to find suitable areas to farm or grow crops, pushing families and communities into poverty. Mali is aiming to eliminate river blindness from all endemic areas within its borders.

In 2021-2022, L'OCCITANE Italy and the L'OCCITANE Foundation have partnered with Sightsavers Italia Onlus to support its project aiming to carry out mass drug administration (MDA) of Ivermectin in 13 districts in Mali, in order to eliminate river blindness.

Treatment with Ivermectin prevents the development of symptoms, including blindness. An annual administration is recommended by the World Health Organisation (WHO) for all people living in areas at risk.

To administrate the drug, Sightsavers will train health workers and Community Drug Distributors.

History of the Partnership

L'OCCITANE Italy and the L'OCCITANE Foundation already partnered with Sightsavers Italia Onlus in 2020-2021 to support its project aiming to reduce childhood blindness in India. Discover more about it here.

“I’m Mamadou Traorè, I’m 32 years old and I live in Kle. I’m a farmer by profession before taking care of the distribution of medicine. I have been distributing drugs for 10 years to fight against onchocerciasis. The information we give to the households is that we’ve come to distribute the onchocerciasis drugs. They are really flattered because they say that this considerably reduces the prevalence of the disease. [...] I knew many people suffering from this disease like my grandmother, my father and some of my family members. But today, thank God, there are fewer people suffering from this disease. Here the disease was endemic. Because of the disease some people became completely blind. They had a lot of difficulties because they couldn’t move around or go anywhere to do their daily tasks because sight is the first hope of man. Now each time we start a distribution campaign we don’t encounter any difficulties. We don't meet any reluctance.
I’m really happy that there is (less of this) disease in Mali. Thank God! I wish that the distribution would stop because of the effectiveness of the medicine and that the disease would be totally eradicated.”

Salifou: “My name is Salifou Traorè, I am 80 years old. I was a hunter. I got the disease because I went into the bush at night to hunt, when there was abundance of game. I spent the night there, on the other side of the river. I was bitten by the blackflies. The next day I returned home. As time passed, I started to see fog and then blackness in front of my eyes. It really upset me, the disease. It really gave me a lot of trouble. It brought me the pangs of illness. I can’t go where I want to go anymore. If I was healthy, I would have provided something to my family, contributed to bringing them some happiness, and that hurts me.

Hi son, Sekou, adds “It’s been fifteen years since he became blind. Not being able to orientate himself and move around has lasted about fifteen years.” 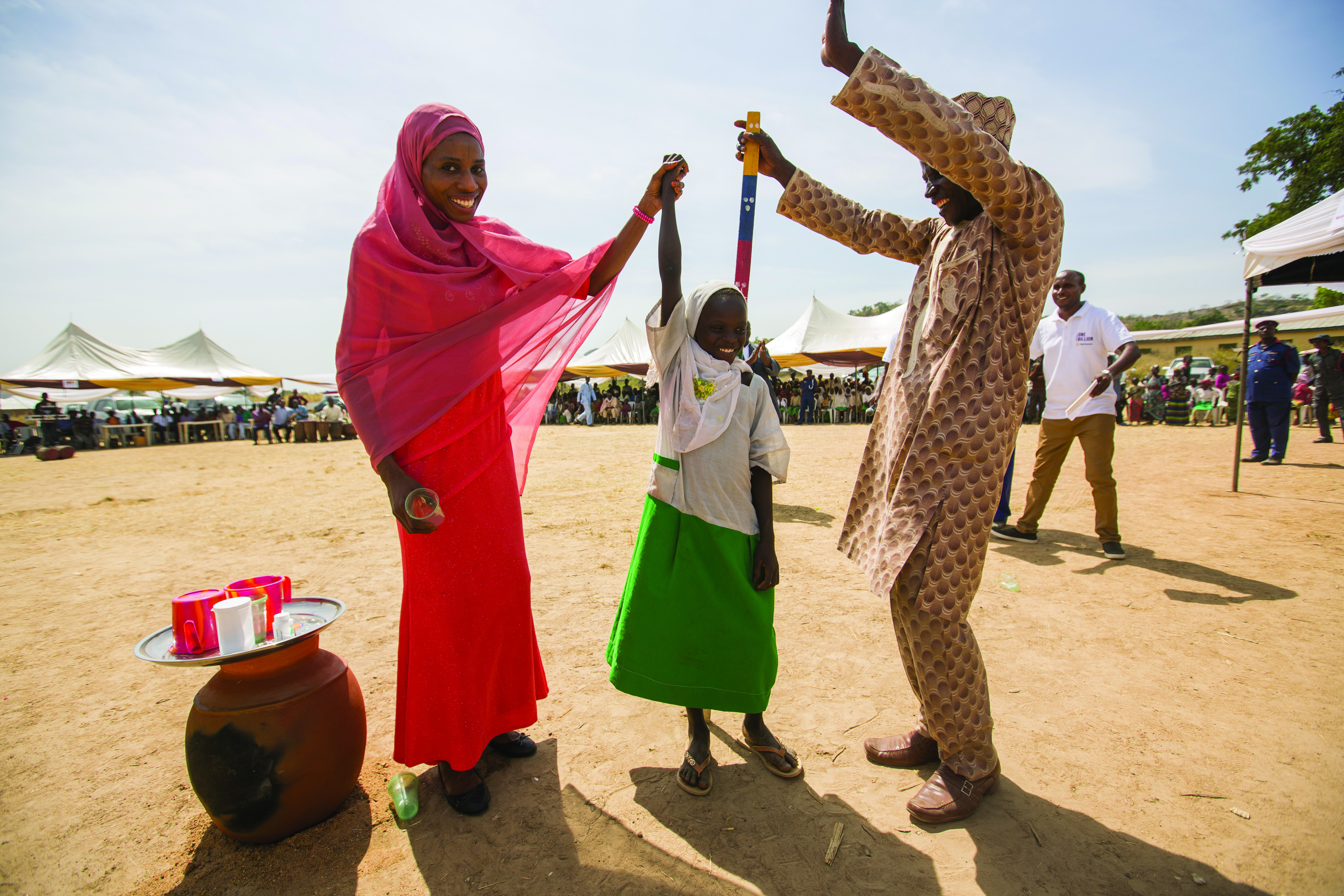